There are characters aplenty in mountain bike racing, and the Absa Cape Epic draws them in like a moth to a flame. From all over the world they come, some once and are satisfied, some return for multiple visits, but when it comes to matching the talking with the riding, few can compare with Aussie pairing Peter Selkrig and David Harris. Selkrig is making his fourth appearance at the Cape Epic, hoping that his new partnership with Harris in the A21 AAA Mtoss Mainpac team will prove a little less stressful than previous years.

“This is my fourth Cape Epic, I finished fourth one year, was a solo finisher one year and crashed out last year,” said the irrepressible Selkrig, always with a grin and a twinkle in the eye to convey his enjoyment at being on the bike. Very much in his element as he spoke after stage two, Selkrig was glowing when referring to the Epic Series pathway, with qualifying spots up for grabs at the Cape 2 Cape, Port 2 Port and Reef 2 Reef events in Australia, all of which have been graced by both riders, albeit not as a partnership.

“We both rode the Port 2 Port this year, Dave was a Master last year and finished second. I live in the Hunter Valley and train on all the tracks for the Port 2 Port. I rode Reef 2 Reef and qualified through that race, but my partner pulled out of the team, so I asked David to join me here in South Africa. We have been racing against each other all the time rather than with each other.”

Harris and Selkrig appear a good team on and off the bike, well matched in their ability to ride, but also to tell a good yarn and clearly both are enjoying their time in the Cape.

“Pete qualified but I did really well in the Cape 2 Cape and rolled in with some good form and then I got the call from Pete to come in here to find that he is in some awesome form too, which is cool.”

Selkrig hasn’t discounted the idea of chasing a Legend Medal, for those that complete the Epic Series races – The Pioneer in New Zealand, Swiss Epic in Switzerland and Absa Cape Epic in South Africa, but figures time might be against him.

“The Epic Series concept is a great thing, it might be a bit far to the Swiss Epic with the travel, I am getting a bit old now, but one day maybe, that is there.”

An indication as to the form they are both feeling was that they were talking at the finish line of Stage 1 (following the opening Prologue), a daunting 112km ride out and back from Hermanus, including 2,700 of climbing, but you would have thought they had just ridden down to the local shops to get the paper.

“It was a really cool stage, it finished with some really cool single track after some great climbs which really sorted out the field,” said Harris. “We actually climbed pretty well today and moved into the middle of the bunch in front of us which was really nice and finished off in some sweet single track through the burned stuff which made it pretty lonely, but it was awesome, a really good day.”

Selkrig even went so far as to say they weren’t even riding at full noise, using his experience of previous events to temper the desire to smash it too hard, too soon.

“You just have to consolidate for the first couple of days, you can’t go too chaotic for the first few days. The way they have made it now with the time trial in the middle of the week, that is when you can pick up time. You can’t really lose too much time, but you can gain some, but you have to be fresh when that time trial comes up.”

Harris agreed, as he too spoke of playing the long game in such an endurance event, after they came home 9th in the Grand Masters on today’s Stage One, clocking 5 hours 37 minutes for the 112km.

“You just have to be really sensible, don’t go too deep, we didn’t go too deep today, we just tapped up the hills, you have to remember and keep in the back of your mind that it is an eight-day event.”

Harris tipped his hat to not only the Aussie events that helped both he and Selkrig qualify, but to The Pioneer in New Zealand, suggesting the six-day race hosted late each year is the perfect lead in to Cape Epic.

“My young bloke Michael rode the Pioneer and came in at the last moment in the A21 Team and said it was a good group and worked well together. We have three teams here, it is a good thing and it is good to roll through from the Pioneer as well, it gives you good climbing legs.”

Both endorse the concept of the Epic Series, with Harris putting a strong emphasis on spending time with friends on the trails, new and old, whether in the Australian Mountain Bike Series of events, or on the big stage of the Absa Cape Epic.

“It is an awesome thing, the Epic Series and stage races are just so good, there are so many people to talk to, people that are of your skill and speed every day. You cruise around with people that you come to know, and they know you and it becomes something like a family time ride later in the race.”

One thing is for sure, if you are riding at around the same pace as these two likeable Aussies for the remainder of the Absa Cape Epic or any event they take on in the future, you might struggle to get a word into the conversation! 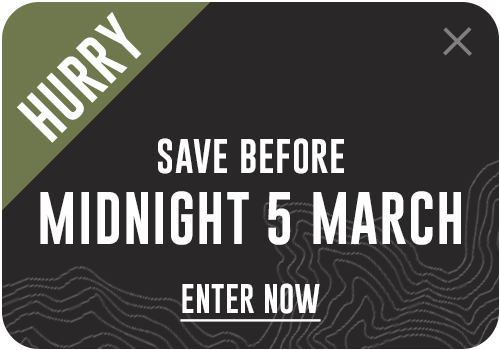